Pandoro for the Festive Season

“Ahhhh, it’s nearly THAT time of year again … CHRISTMAS!  And I am not at all organised!  The kids are hounding me for every toy that has been strategically placed on prime-time kid’s telly. They also shove countless catalogues that get squished into my mailbox under my nose, right about the time I am trying to enjoy my morning coffee.  I have been hearing daily since the start of October:

“Muuuuuuuummmmmm, can I have this?”

My response? “Yes! Absolutely darling. Be good and Santa might bring it for you.”

I have also in as many sentences threatened them with a sack of potatoes …. Neither option seem to be working for me right now ;).

As stressful as this time of year can be for most people, one thing I know for sure is, kids and adults alike love to eat Panettone and Pandoro. “What’s the difference?”, I hear you ask.

Similar to the French brioche, pandoro is a traditional Italian sweet bread, most popular around Christmas and New Year. The name ‘pandoro’ – quite literally translated – means ‘golden bread’. Traditionally shaped like an 8 pointed tall star, it is often served dusted with vanilla flavoured icing sugar made to resemble the snowy peaks of the Italian Alps near Verona. 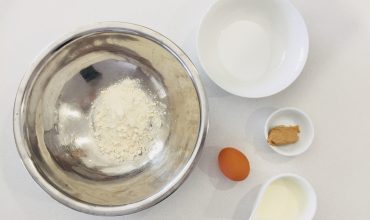 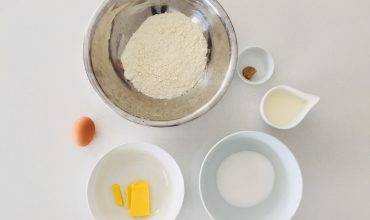 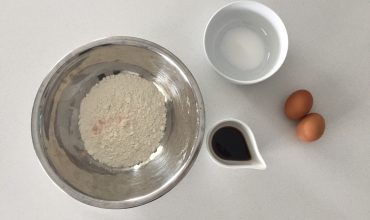 ‘Panettone’, on the other hand, is slightly more traditional, typically containing candied orange, citron, and lemon zest, as well as raisins – which are added dry and not soaked.

Everyone in Italy eats these festive specialties during the holiday season. Nothing quite beats a fluffy panettone or pandoro, sliced and toasted for breakfast or used to make French toast and/or served with whipped cream, dark chocolate, fresh fruit or mascarpone and a chilled glass of prosecco or dessert wine. Theses delicious sweet cakes can even be hollowed out and filled with ice-cream like a Florentine zuccotto. In honesty, it all comes down to personal preference. I know that in my household the candied orange and ‘bits’ – as my kids refer to them as – are not appreciated, so pandoro it is!

I had never tried to make a pandoro before and had always wanted to try. I had searched for a while online to see if I could find a recipe that didn’t take 3 days to make (slight exaggeration there.)  So I attempted to make a pandoro ‘cake.’ It was terrible. In fact, it went straight into the bin!  I have to admit that I did cry a little as I really wanted this to work out the way the images portrayed it to look.

So, on the hunt I went again to find another recipe. With not really knowing what to look for I went with the recipe that had decent reviews and that only was supposed to take 3 active hours not 13 hours like some others suggested. Lesson learnt … there is no cheating in making pandoro! 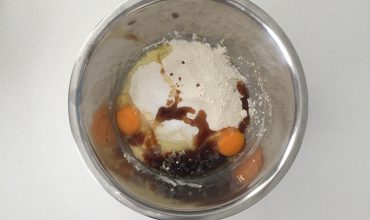 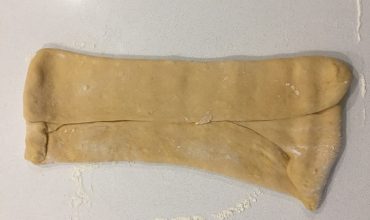 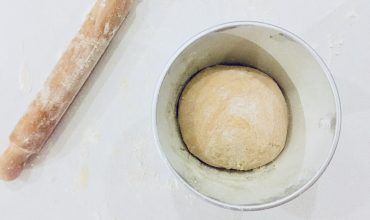 Renee and I decided to give the 3 hour recipe a go and the jury is still out on this one. It is not the same type of Pandoro that I am used to eating. That is, beautifully light and fluffy. That gentle pull apart – sweet golden goodness (can you tell I absolutely love the stuff?)  The elements that I am looking for in a quality pandoro were certainly lacking. The flavour was still quite yeasty to me and not as sweet as I was used to. This version of pandoro instead is ideal once toasted and eaten with lashings of jam or marmalade.

I did learn that the time it took to make vs the outcome for me wasn’t worth it. I’d much rather go and buy a beautifully presented, perfectly shaped and ever so delicious one from my local supplier (I thought I’d never say such a thing …. but now I have!) This must be the reason why Italians choose to buy their pandoro instead of baking them at home. Luckily Golden Ravioli have a wonderful selection in store this Christmas to cater to every taste. Whether you’re a traditionalist or unorthodox when it comes to eating panettone, there’s no topping the quality of Dolci di Romeo and their gorgeous festive packaging.

Please check out the recipe that was tested and tell us what you really think. We would love to hear if you have a fail proof pandoro or panettone recipe!

Enjoy the lead up to Christmas GR Clubbers. Eat your most favourite festive specialities, drink and be merry (as much as possible).”

- If you cannot obtain fresh yeast, packet yeast is fine. I would use one sachet and divide it up in the separate steps.
- We suggest also adding in season lemon or orange zest to this.

Before starting this Pandoro Cake recipe, make sure you have organised all the necessary ingredients.