Renee: “Anita and I were very excited to collaborate with fellow devotee of la dolce vita, Daniele Foti Cuzzola of Dine with Daniele.  As a guest blogger for the GR Club, Daniele invited Anita into his kitchen to prepare a classic Sicilian ricetta that combines sweet, salty and sour flavours.  Often prepared for symbolic and festive dinners, you will see how it incorporates both Arabic influences and an ingredient that grows wild in Sicily: finocchio. Instead of a sprinkling of cheese to adorn the pasta, toasted and seasoned bread crumbs are used to enrich the culinary experience. This recipe also originates from Anita’s own nonna’s hometown of Bronte (also in Sicily), so you can imagine how she couldn’t wait to try a recipe of the local Sicilian cuisine.”

Daniele: “This is a classic Sicilian dish that is perfect for a Sunday seafood luncheon or an easy weeknight dinner. While it only contains a handful of ingredients, it most definitely packs a punch as a result of the unusual combination of sardines, fennel, sultanas and pine nuts. Crunchy, salty and sweet, this recipe incorporates some of Sicily’s most beloved ingredients and is prepared all year round, throughout the region due to the simple method of the recipe and unique flavour. 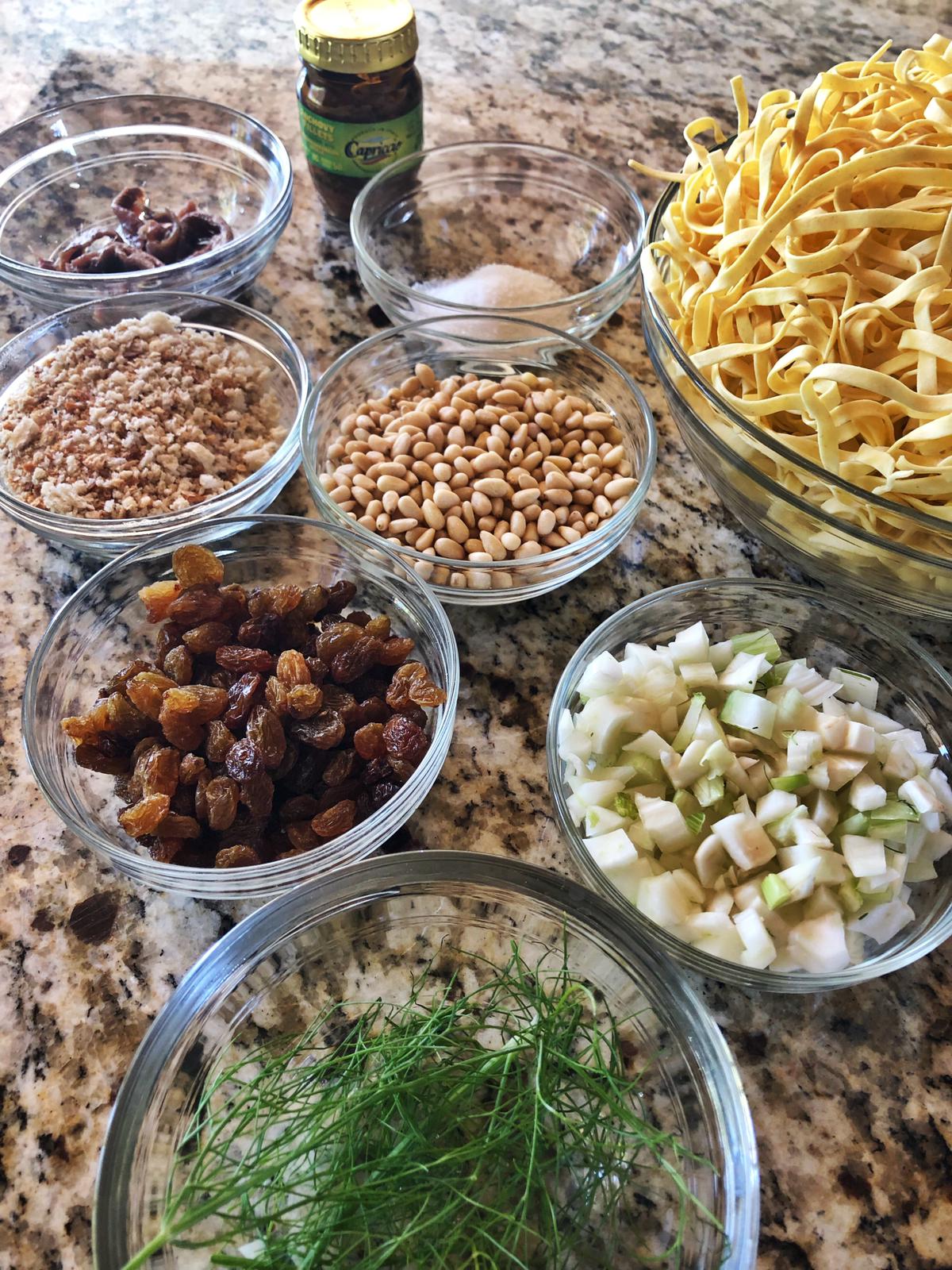 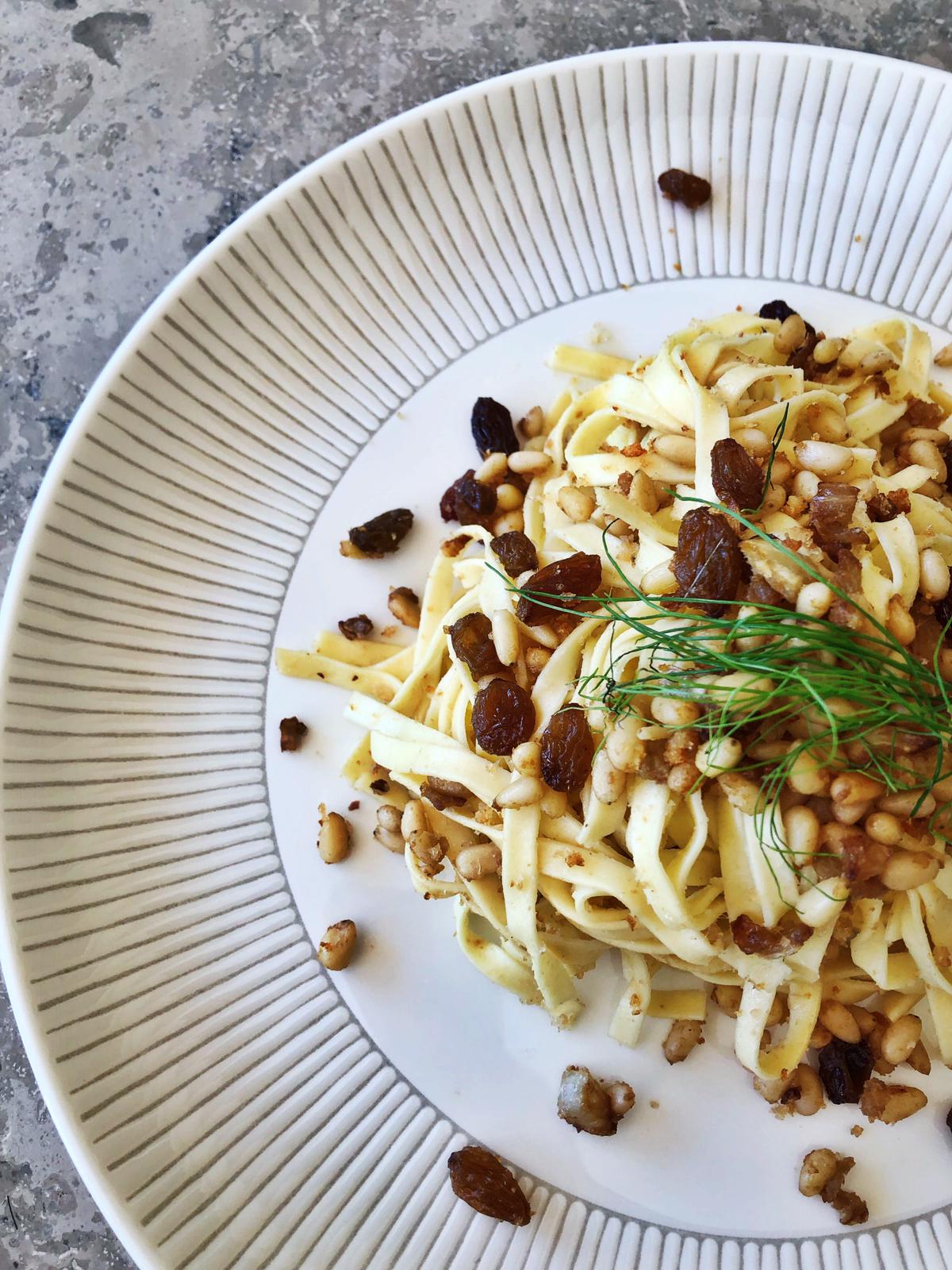 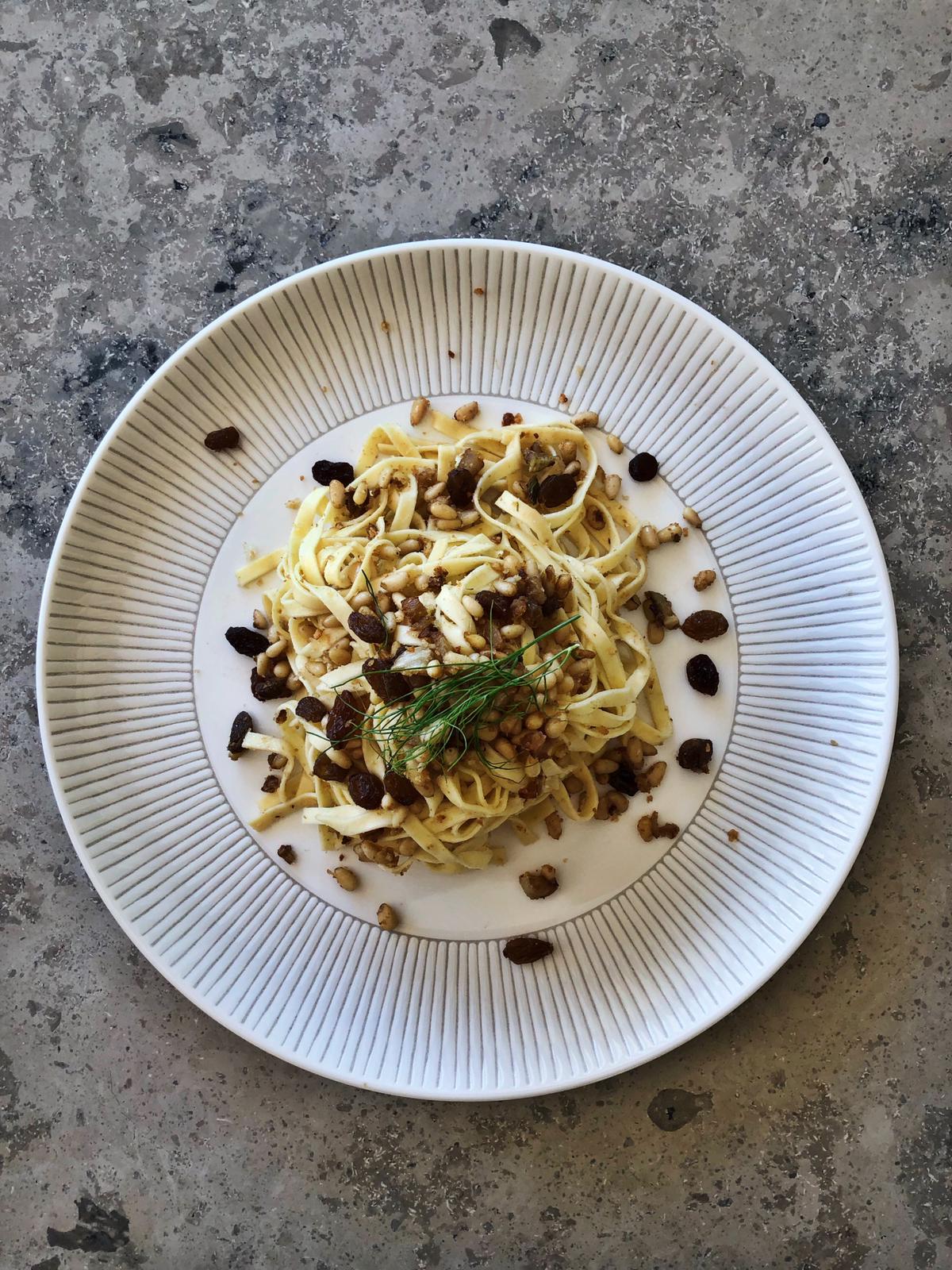 As per many Italian dishes, there are a number of variations as to how this dish could be created. In various communi della Sicilia, this dish would be made using stock, or saffron and white wine. The version that we are preparing for you today is much more common and subtle and is found in the North East part of Sicily, which is where my family is from.”

Renee: ” Now I have never been one to enjoy sultanas in savoury dishes but having tried this combination, I recommend you do explore this exciting fusion of flavours. Perfect for meat free days, a light lunch option that is fuss free or … post Easter week! It’s a quick dish, that is fast and fresh with a twist.”